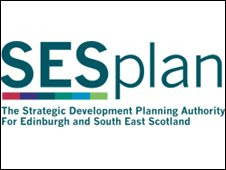 Copies of the Approved Strategic Development Plan, the Strategic Environmental Assessment (SEA) Post Adoption Statement and Scottish Ministers decision letter approving the plan, as modified, are available on www.sesplan.gov.uk. They are also available for inspection at the SESplan offices in Claremont House, 130 East Claremont Street, Edinburgh EH7 4LB and all public libraries in the SESplan area. The documents are available for inspection for free during normal opening hours.

The Scottish Ministers decision letter advises that Scottish Ministers decision is final, subject to the right conferred by Section 238 of the above Act, of any person aggrieved by the Scottish Ministers' decision to apply to the Court of Session within six weeks from the date of publication of the plan (17 September 2013), as modified, whereby the Court may quash the plan (in whole or in part) if it is satisfied that it is not within the powers of the Act or that the applicant's interests have been substantially prejudiced by a failure to comply with any requirement of the Act.

The modifications include a requirement that SESplan prepares Supplementary Guidance to identify the individual housing requirements for each Local Development Plan area. The preparation of the Guidance is ongoing and further updates will be posted at www.sesplan.gov.uk.
Posted by ajvphilp at 19:53

Email ThisBlogThis!Share to TwitterShare to FacebookShare to Pinterest
Labels: Planning