Want to help with Meadows Festival 2009? 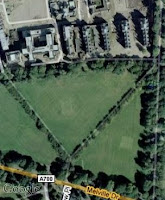 update: if you plan to come can you let Susie know? susan@agnew.sol.co.uk

JOIN US TO SAY


GOOD-BYE TO GRAHAM AND JEAN
AND THE POST OFFICE

Can pay money into an account at the Royal Bank of Scotland, Marchmont Road.

Matters Arising
Re: Meadows Update. No bookings have been accepted for future events. The hirers such as Lady Boys of Bankok, Moon Walk organizers etc are all being shown alternative sites for next year. The intention is to rest the Meadows for one year from major events to give it time to recover. No firm decisions have been taken. The drainage on the Meadows is to be renewed. The proposal to rest the Meadows and renew drainage was welcomed by the meeting.

Police Report
Lindsay Thomson introduced her successor Yocksan Bell who will take over from 1 December 2008. He has good local knowledge and has been part of the Youth Action Team. He will work out of St Leonards. There will be an overlap period.

Lindsay reported that there had been 5 break-ins during September – 3 business and 2 residential. She drew attention to a pattern that seemed to be followed by one group - they steal a van and then use that to cover their break in or use for loitering until they can break in. If members see any suspicious activity of this type they should report it and it would be particularly useful to get the Registration number of the van. Members should also be aware that any unlocked door – even when the property is occupied - may be used to enter the house and steal a handbag/car keys. The thefts only take minutes. There were four car break-ins – targeting radios and satellite navigation systems. Eight pedal cycles have been stolen and with the start of the new university year the police have been active in advising new students how to protect their property.

Another spate of shop lifting was being attributed to a male and female who enter a shop distract the owner and then take off in a car. This has happened in the Marchmont Morningside shops.
There has been some minor vandalism.
A big cannabis plant was uncovered in Drumdryan Street after a fire. A number of people have been charged.

Lindsay also reported that there is a gang going round door to door using high pressure sales tactics to sell dodgy goods. If anyone is approached they should report the incident immediately.

Some discussion about an incident behind Warrender Park Terrace on the day of the meeting where a housebreaking was reported and a male arrested. One other male absconded.

There were questions on the safety of the Meadows. There are assaults by groups of youths but the Meadows is not unsafe for pedestrians. Police advise people not to walk unaccompanied early in the morning and to keep to paths. If students are returning home in the early hours they should do so in groups where possible.

Susie Agnew reported on the work done. A great effort had been put in to man the post office for 53 of the 56 hours it was open over one week. This produced interesting findings that were used in the submission by the MSCC. The work put in all round had been substantial and we had to be content that we could not have done more. We now had to await the outcome on 21 October.

The meeting welcomed Thomas Graham, the SRC External Affairs Convenor. His remit is to work with the Scottish Parliament and other bodies to represent students, improve relations with the community and ensure that the contributions students make to the community are recognized. He is keen to encourage students to play an active part in the community and for himself and other students to have an open and interactive dialogue on the problems the community feel are caused by students including issues such as HMOs.. He would like to give a presentation after Christmas and is hoping to produce an Accommodation Guide for students which will include advice on moving into a flat and how they should behave in general when renting. He does not see his remit as extending to dealing with individuals who are causing problems but would encourage enforcement of provisions and solutions included in the HMO Licensing procedure. There is a Student Forum on 30 October to which a representative of the Community Council will be invited.

St Catherine’s Argyll had confirmed that the lunch club could meet in their Hall. Providers for the meal had been identified. Ross Haddow could provide the European hot food and the Kasbah could provide the Asian menu. Mr Malik and Linda Smith are taking the lead. A lot of work still has to be done. Mr Malik has identified Asian guests but we now need to identify who would like to attend from the non Asian community. The lunch club and its multi-cultural aims would need to be advertised. Funding needs to be sought – with the possibility of applying for a Community Grant from the Neighbourhood Partnership. Other administrative issues such as Health and Safety, organization of the venue etc need to be addressed. However identifying a venue had been a major breakthrough in setting up the Club.

The proposed changes to the parking zones are outlined on the Council Website. The website address is
http://www.edinburgh.gov.uk/internet/transport/parking/CEC_parking_in_edinburgh

Susie Agnew declared an interest and vacated the Chair. Anne Laird attended the meeting organized by Southside Community Council at which the plans were exhibited and discussed. Cameron Rose explained that the development was for 90 post graduate student residents in the grounds of Archers Hall. The development was proposed by the Archers to fund the upgrading of the Hall and the conservation of their collection. Once the upgrading work was done the Hall could be used for functions by other bodies. The land was to be leased not sold to the University and this would generate a stream of income for the Archers’ organization.

After listening to the presentation and walking round the site Anne Laird reported that she was of the opinion that the development had been well thought out and would not be too intrusive. The loss of the lodge, although sad, would not be a major loss and the wall in its present state was blank and did not necessarily add to the ambience. Plans of the development were circulated. The development was designed to allow pedestrian access only. Given that the purpose was student accommodation and the Community Council supported more purpose built student accommodation it was felt by the Committee that no formal objection need be lodged. The decision was considered at some length before being taken since the Meadows is a valuable resource and the Committee were aware that objections were being lodged by adjoining bodies. Thomas Graham confirmed that the University was very short of this type of post graduate student accommodation and needed more to enable the University to attract overseas students. The view of those present endorsed the decision not to object to the planning application on this occasion.

Reports of other meetings

Susie Agnew attended a presentation organized by Nigel Griffiths MP for Local Heros. We had nominated Herbert from the Chemists. It was a great success and Herbert had been appreciative of his nomination

We now have a Notice Board near the Co-op on Warrender Park Crescent. All contributions welcome.

The University are giving a presentation to the Neighbourhood Partnership of their structure plan for the development of the Kings Buildings site. Further information will follow

There is a review of the S1 Parking Zone in the Extension of Parking. A previous presentation by the MSCC last year suggested changes to the S1 zone to include that part of Zone 8 which lies to the south of the Meadows. The representations made then will be brought to the attention of the Council again.