The MSCC AGM will be incorporated into the June meeting.

Starts at 7:30pm at St Catherine's Argyle Church Hall.
Posted by ajvphilp at 19:48 No comments: Posted by ajvphilp at 19:46 No comments:

A review of Lothian Paediatric Inpatient Services by the Royal College of Paediatric and Child Health was recently conducted.

This expert review has concluded that inpatient children’s services should be retained on two sites in Lothian - St John’s Hospital (SJH) and the Royal Hospital for Sick Children (RHSC).

NHS Lothian board members will meet next week (Wednesday) to agree how the recommendations will be translated into actions within the service to ensure a safe, effective and sustainable service for the children of Lothian.

Posted by ajvphilp at 21:04 No comments:

Marchmont & Sciennes Community Council will hold both its Annual General Meeting, and its monthly regular meeting on We 22 June 2016.

This will be our ninth meeting of 15/16.  The next meeting after this one will be We 28 September 2016.
All who live or work in the area are most welcome to attend 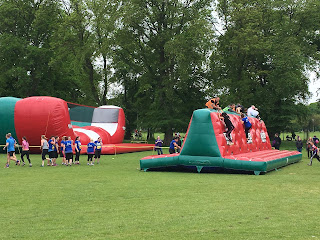 The City of Edinburgh Council’s (CEC) aim is to provide a programmed approach to hosting major events in public parks, so as a trial in 2015 a competitive tender was published for a large event to be held in The Meadows during the Edinburgh Festival.

Following this initiative, for 2017 CEC is proposing to re-tender The Meadows along with other events for up to three successive years.

What are the benefits?


The Council would like to hear feedback (by 29 June 2016) on these proposals from local stakeholders including community groups, local residents, businesses and park users.

Where appropriate, this feedback will be used to shape future plans and specifications for these events.  It is proposed that from 2017 the following spaces be subject to a competitive tender process:

Posted by ajvphilp at 19:58 No comments:

The next meeting of the South Central Neighbourhood Partnership is on Monday, 13 June, at 6.00 pm in the Business Centre, City Chambers.

These meetings are held in public and local people are encouraged to attend.

Matters to be discussed include:


You can view and/or download the papers from the Neighbourhood Partnership website.
Posted by ajvphilp at 20:34 No comments:

Edinburgh is the first city in Scotland implementing a citywide 20mph network. The new limit aims to reduce the risk and severity of road collisions, encourage travel on foot and by bike and help make the city’s streets more people-friendly.

The phased roll out of the 20mph network is planned over 18 months between June 2016 and February 2018. The city centre and rural west Edinburgh form the first phase, with the installation of signs and lines commencing at the beginning of June.  Work is scheduled to take 8 – 10 weeks, with minimal disruption expected. The new speed limit for this phase becomes effective on 31 July 2016.

Approximately 50% of Edinburgh’s residential streets are already in 20mph zones. The project extends the 20mph speed limit to the city centre, main shopping streets and residential areas while retaining a strategic network of roads at 30mph and 40mph. View a map of the 20mph network and implementation timetable at www.edinburgh.gov.uk/20mph.

Large 20mph signs will define the entrance and exit of a 20mph area where the speed limit changes, followed by smaller repeater signs or road markings with speed limit roundels. Quick drying paint, with a traffic cone system will be used to install roundels at night.

Police Scotland support lower speeds across the city and are working with the Council to achieve this. Other partners including NHS Lothian, Lothian Buses, Living Streets, Spokes and Neighbourhood Partnerships are working with the Council to deliver the strategy. A high level of publicity and awareness raising is scheduled around the time when the schools return in August and in September 2016.
Posted by ajvphilp at 09:16 No comments:

Myplace Edinburgh: add a photograph of a favourite Edinburgh place & say what makes it special 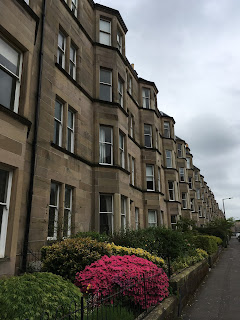 City of Edinburgh Libraries and the planning and transport service are running a competition Myplace: Edinburgh, as part of Edinburgh’s contribution to activities for Year of Innovation, Architecture and Design 2016.

Between 1 June – 10 July 2016 participants are encouraged to add a photograph of their favourite Edinburgh place to Edinburgh Collected  and say what makes it special to them.
Posted by ajvphilp at 09:08 No comments: 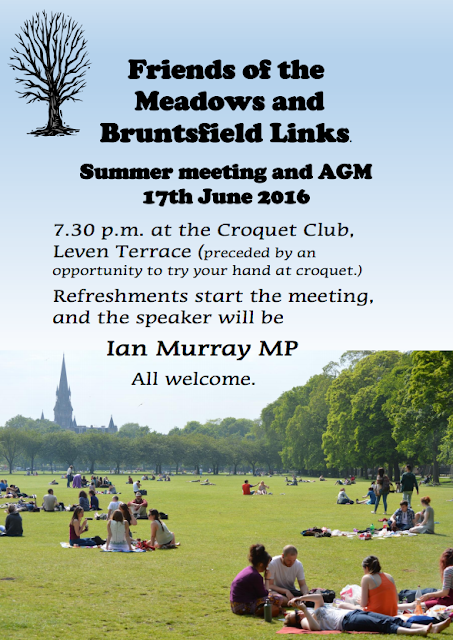 Posted by ajvphilp at 17:10 No comments: