Please give the Council your views: Community Council Publicity

Eileen Hewitt (Community Council Liaison & Development Officer at Services for Communities) is working with City of Edinburgh Council Corporate Communications to develop a communications plan in the run up to the community council elections in October.
It would assist greatly if you could send her your views by completing a survey. Please respond by Friday 15 May.
Posted by ajvphilp at 17:20 No comments:

Proposals to be evaluated at the South Central Neighbourhood Partnership Roads Capital Programme selection meeting on We 29 April have been received by the MSCC secretary. If you wish to see them please contact him by e-mail at:  marchmontsciennes.commcouncil@googlemail.com.
I have three copies.
Posted by ajvphilp at 20:43 No comments:

The City Council has prepared a local development (LDP) scheme for 2009.  This has been prepared to meet requirements of planning legislation and sets out:
i] a programme for preparing the first LDP for the area, which will replace the current generation of local plans (for Edinburgh city and the proposed amendment of the plan in rural west Edinburgh); and
ii] a participation statement laying out how community engagement will contribute to the plan.
If you have questions about the LDP development scheme please contact ben.wilson@edinburgh.gov.uk (principal planner, local planning policy).
Posted by ajvphilp at 20:10 No comments:

The South Central Edinburgh Local Community Plan will be launched at an event at the Gillis Centre on Fr 15 May 09 at noon to 2pm.
Posted by ajvphilp at 21:02 No comments:

Just a little advance warning that the South Central Neighbourhood Partnership Board meeting at 7pm on 11 May will feature a discussion on events on the Meadows & Bruntsfield Links.
The venue has not yet been confirmed but will be posted here as soon as it is announced.
If you have issues you wish raised at the Neighbourhood Partnership please contact marchmontsciennes.commcouncil@googlemail.com.
Update: according to the South Central Neighbourhood Partnership website the meeting will be on Monday 11th May at 7pm in the City Chambers Business Centre.  This has not been confirmed in writing to MSCC so please regard it as provisional for now.
Posted by ajvphilp at 20:32 No comments: 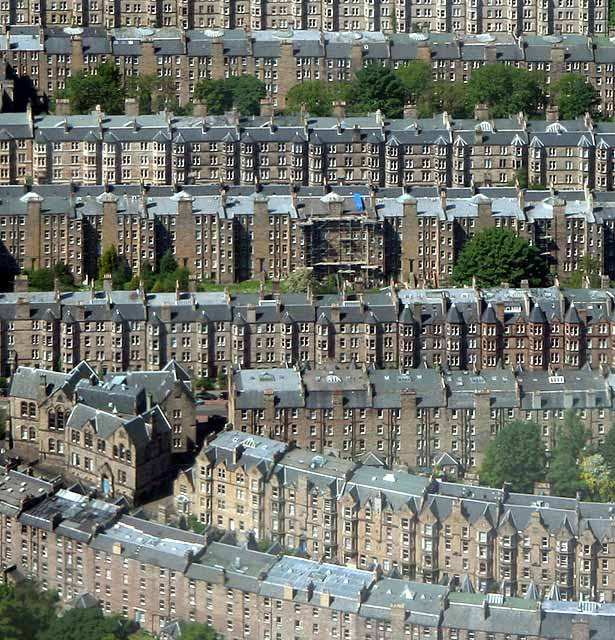 The Evening News carries a story today about the 'guerilla gardening' that is tidying up a crescent-shaped patch of land on Marchmont Crescent.
Our chair, Susie Agnew and local councillor, Cameron Rose both comment.
Posted by ajvphilp at 21:18 No comments:

Email ThisBlogThis!Share to TwitterShare to FacebookShare to Pinterest
Labels: ECBA

Photos of the first activities of the Marchmont Triangle Back Green Group are now available on the Edinburgh Back Green Association (ECBA) website. The triangle is the area bounded by Marchmont Crescent (N), Marchmont Road and Warrender Park Road.  Details of how to get involved are also given.
Posted by ajvphilp at 20:32 No comments:

Email ThisBlogThis!Share to TwitterShare to FacebookShare to Pinterest
Labels: ECBA 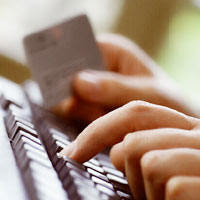 Cameron Rose's NewsBlog today alerts us to the opportunity to pay our City of Edinburgh Council bills online (via debit but not credit cards). Paying for a resident's parking permit is now possible.

Other bills you can pay include council tax, council house rent, non-domestic rates, service accounts and fixed penalty tickets
Posted by ajvphilp at 16:56 No comments:

An area in the centre of the triangle has been identified as a space for a 'co-shed' which will be available for tools etc, with keys for all participants. It is hoped that a table can be placed outside this, for potting or just sitting. A barbecue area was also proposed. The shed will be funded by ECBA.

The group discussed the future of the several very tall trees in the triangle, and the possibility of identifying a space for raised beds for vegetable growing. Further expenditure will be the responsibility of the members, but ECBA will advise on sources of funding and appropriate approaches. ECBA work on the basis of identifying a small area within the whole back-green space as the communal area, before encouraging residents to extend this to other parts of the site. In this way it is hoped to allay any anxieties from other residents and engage them in the project.
A film of progress is being made by Eric Robinson, who is an independent film-maker.
This is the first area in Marchmont to be tackled. The second will be the area bounded by Argyle Place, Roseneath Street , Roseneath Place and Roseneath Terrace, hopefully by 18th April. The sites have been selected on the basis of responses to recent ECBA leaflet drops. ECBA have previously worked in Gorgie, and recognise that Marchmont presents different challenges.
The secretary of the Marchmont Triangle Group will be Dr Maia Forrester 11 Marchmont Crescent, maiaforrester@hotmail.com tel. 229 9317
Posted by ajvphilp at 17:35 1 comment:

Email ThisBlogThis!Share to TwitterShare to FacebookShare to Pinterest
Labels: back greens, ECBA

Modernising planning: how to find out more

The Planning etc. (Scotland) Act 2006 (PDF) is bringing about major changes in planning. The new legislation is designed to let communities be better informed and have an early say in the planning process on national and major proposals. Consultation with local communities is the key focus of these changes.

To find out more visit the City of Edinburgh Council modernising planning pages, where you can download leaflets and access background information.

Posted by ajvphilp at 13:29 No comments:

The City of Edinburgh Council have published Edinburgh Standards for Housing for consultation (PDF). The aim of these planning standards is to "achieve high quality, successful and sustainable residential environments. The standards will complement and provide more detailed guidance on the design policies set out in the Development plan". 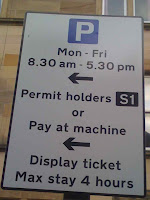 The City of Edinburgh Council have published planning standards on parking for consultation (PDF). As a report to the planning committee says:

"Parking Standards are a key tool in managing the transport impacts of developments. They can reduce overspill parking but also have a central role in influencing how people travel to new developments. The Council’s current Parking Standards are now almost ten years old; with this in mind a review has been undertaken to learn from experience and current best practice, and take into account recent Government guidance. The review has identified a number of proposed detailed changes.

The following are considered to be the most significant:
Comments are invited by Fr 29 May 09 to Phil.noble@edinburgh.gov.uk. Queries to Phil at 0131 469 3803.
Posted by ajvphilp at 13:49 No comments:

The Centre for the Older Person's Agenda (COPA) at the Queen Margaret University, Edinburgh are assisting the work of the The Scottish Centre for Intergenerational Practice in developing an exciting new area network in Edinburgh & Lothians to meet local needs.

As part of this they are organising an event at Newbattle Community High School, Dalkeith on Wednesday 29 April 2009 from 3.45 pm to 5.50 pm. They are also for organisations to become members and attend this meeting to discuss how the network might look and function. Please come along and support this event which will include schoolchildren and adult involvement. If you would like to attend, please register your interest with Janice Burr at Queen Margaret University.

If you are unable to attend, please join the "Generations Working Together" Network, free of charge, to receive regular updates from the Scottish Centre for Intergenerational Practice. You will receive the regular Newsletter, information on funding, meetings, free tailored training, new publications and updates on research and examples of best practice.

Posted by ajvphilp at 19:28 No comments:

Email ThisBlogThis!Share to TwitterShare to FacebookShare to Pinterest
Labels: generations together

The Edinburgh Community Backgreens Association will be holding a Launch event for their Southside Project on 6 Apr 09 at 19:00-21:00. The event will be at St Peters Church Hall, Lutton Place, EH8 9PE [map].

This meeting will be for residents, local organisations, groups and anyone else who is interested in the project. Please come along and spread the word. We will be talking about the Backgreen Blitz - backgreen regeneration, Grow Your Own - food growing course and will answer any questions you have. It would be great if you could let Emma Burnett (e.burnett@ecba.org.uk; 0131 243 2698) know if you plan to come along.
Posted by ajvphilp at 19:15 1 comment:

Email ThisBlogThis!Share to TwitterShare to FacebookShare to Pinterest
Labels: back greens

Agenda for Marchmont and Sciennes Community Council meeting: We 8 Apr at 19:30

The next meeting of the Community Council will be held

All who live or work or are active in the area are welcome.
1. Sederunt and Apologies

5. Friends of the Meadows and Bruntsfield Links campaign

8. Reports of meetings
9. Any other business